Alright friends. What child wouldn’t want this Race Card Bedroom Dresser? It’s super easy to recreate and you can get it done in under 2 hours!

There once was a time with the Husband and I were in our early 20’s. I was told I had Endometriosis and that I would never have children. While I was devestated at the time I went for a second opinion. I’m so glad that I did and once I had the laproscopy to remove the tissue the doctor informed me that if I were to ever be successsful at pregnancy now was the time to try.

Jas and I had been together for nearly 7 years. We discussed it and decided to talk to our Mom’s. They were both very understanding and supportive, despite us not being married. We decided that we wanted a family more than anything and we would start trying to have a BABY! Six months later I found out that I was indeed pregnant and took every precautionary measure. I was super excited when I found out that Beanies was a girl, but, devestated at the same time because I wasn’t sure on how to raise a girl. You see growing up in a home with Brothers I was more of….let’s say a TomBoy back in the day! 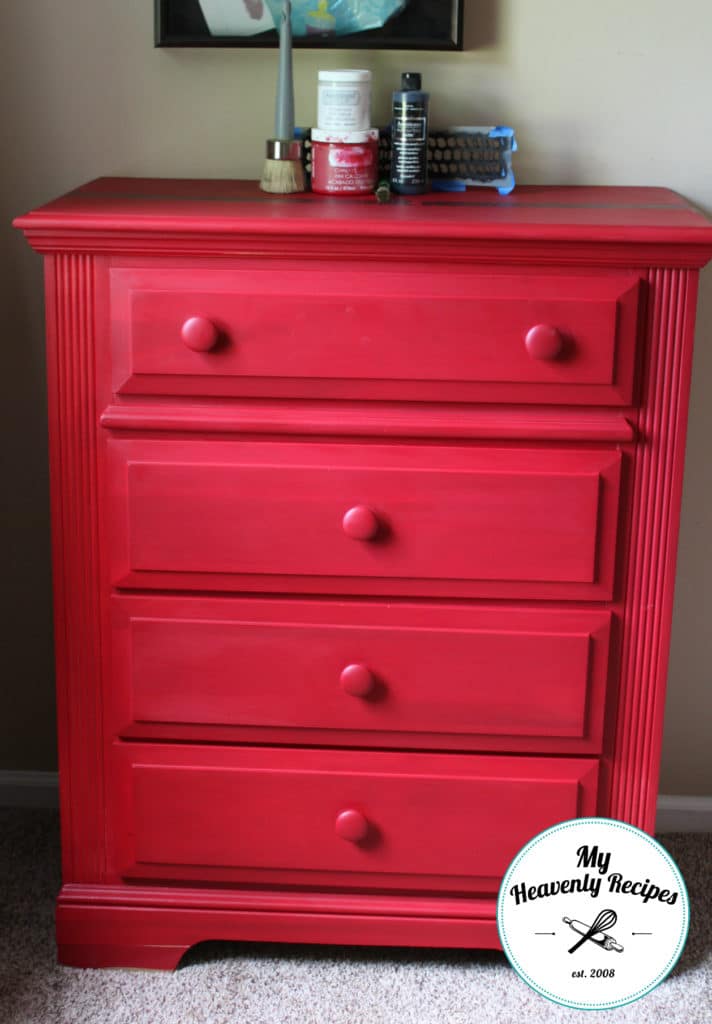 Fast forward 4 years and along came my little TT girl. I was sick as hell and thought for sure she was a he. I had experienced Hyperemesis during my second pregnancy and NEVER wanted to experience that again. Then TT turned 1, we moved out of our home and into a condo until we found our “forever home” and much to my surprise found out I was pregnant AGAIN…Jas and I had discussed having kids. He wanted another one. I was done. 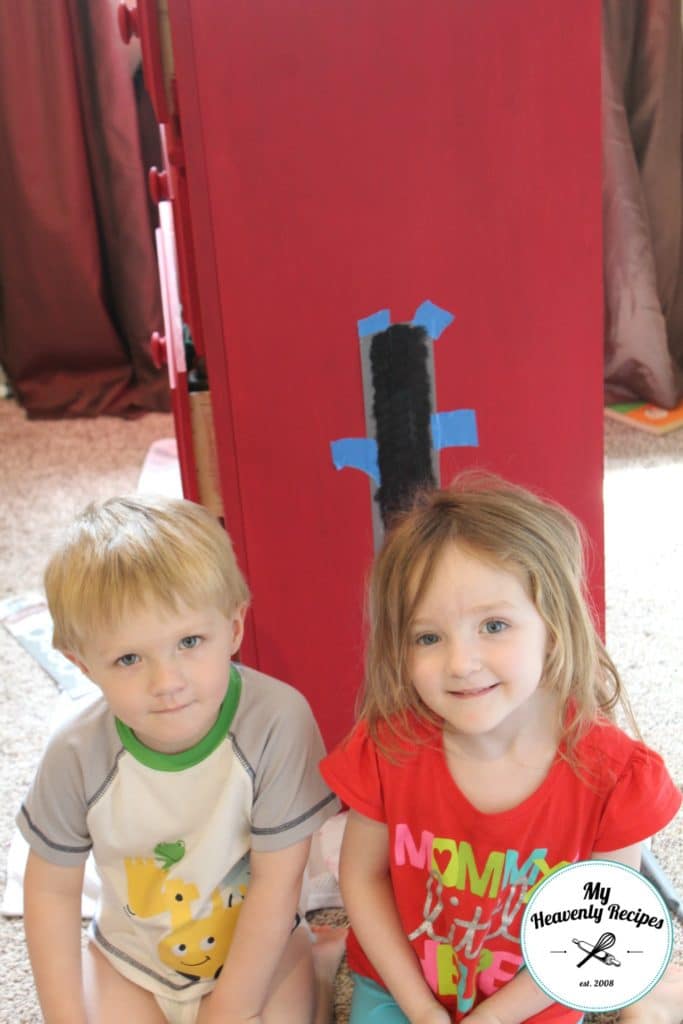 I experience Hyperemesis again with Bubby. I was so sick. I ended up passing out after I received my PICC line. I thought I was going to be fine because I had gotten a PICC line while I was pregnant with TT. But, I was just so dehyrdrated it hit me. They had to call Jas from work to come pick me up and they had a nurse meet me at the condo. It was one of the worst times of my life. However, I wanted to stay positive because 8 years prior I was told I’d never have children. I’d take being sick again all over again for these two. They have a bond like no other! They play so great together, know when each other is sick and needs a cuddle and love learning together. I can only imagine the bond they will have as they grow older. 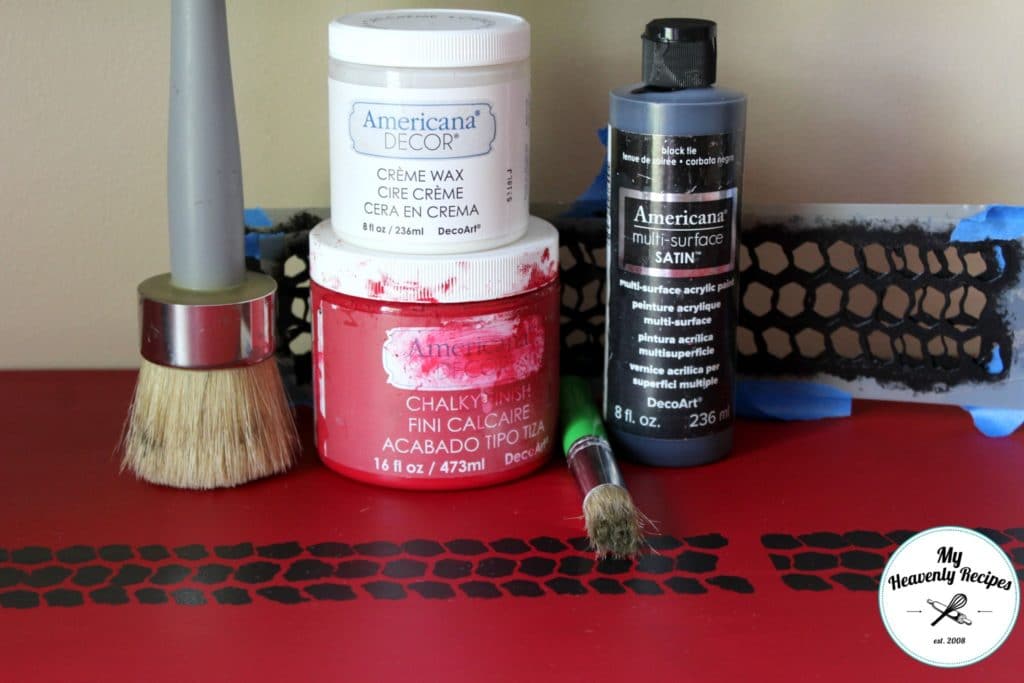 At 20 weeks I learned that my third and final child was finally a boy! I always knew his name was going to be Bryson. This was the name of a street near by that I met Jas at and has his name picked out from very early on. I’ve always dreamed of raising a boy and so blessed that he is in my life. He is such a cool little guy I can’t imagine my life without him. We truly do have a Mother and Son bond. I just can’t explain it.

Bubby is just like this Daddy in every sense. He LOVES race cars, he loves to tinker, take things apart and put them back together, he LOVES LOVES LOVES to learn. At the age of 2 ½ he can recite his ABC’s, count to 10, puts sentences together, can find the house key and let us in the door and he enjoys singing and dancing. 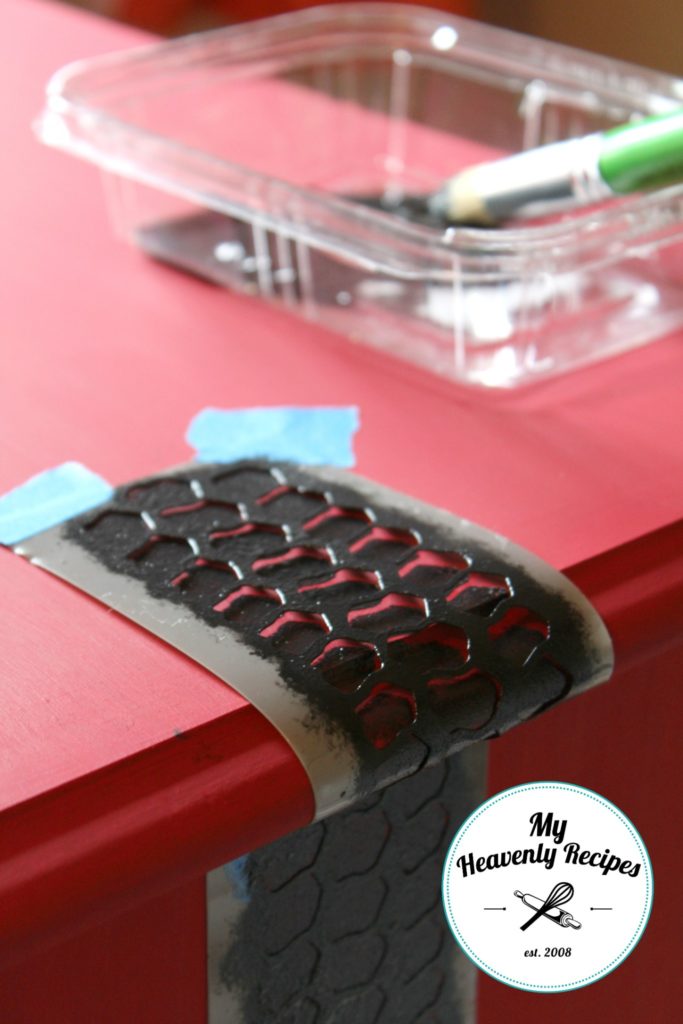 I removed his crib from his room {and doing other projects with it!} and decided we are going to be turning his room into a Race Car Room. I first wanted to start with this dresser. It was something Jas and I bought when we found out we were pregnant with Beaniegirl. I have used it in every child’s room since then and it’s home was going to remain in Bubby’s room.

So I headed to my paint drawer to see what color paint I had. Thankfully I had paint an entire jar of Americana Decor Chalky Finish in Romance. I know it’s not the name I’d like to choose for paint in a boys room, but, just roll with it….K?!? I HAND BRUSHED the entire surface of the dresser TWICE. Once the second coat of chalk paint had dried I gathered black acrylic paint, some 3M painter’s tape, my Wax Brush, Americana Decor Clear Creme Wax, a stencil brush and the tread stencil. 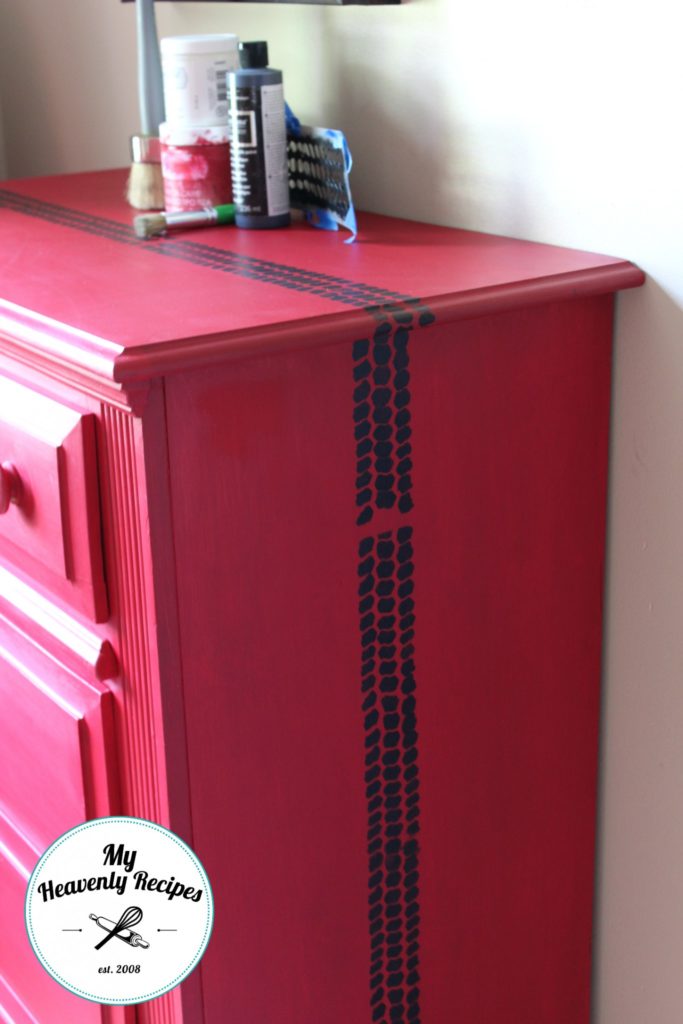 I VERY carefully taped the stencil to the dresser making sure it was flat to the surface. Then with my stencil brush applied small sections at a time with the black paint. Once I got the entire stencil covered I allowed it to dry for a few minutes. Now I did tape two of the Andy Skinner Tread Stencils together to make this project go a little quicker. As you can see from the image I also used the center and was able to fill in the hole to make it a endless tread. You can do this however you’d like. I initally was going to do two tire treads on the side of the dresser, but, ended up going for just 1 in the middle. Bubby is the only one who is in his room the majority of the time and playing cars. If you have a larger dresser or have children sharing a room having two tire treads on the side of the dresser may be a better option…you have to decide!

Once the tread was on the other side and the top I allowed it to dry for about 30 minutes. Then I hand waxed the dresser twice with the wax to ensure that the paint doesn’t chip off. Needless to say, the kids LOVE Bubby’s dresser. Everyone that has came over he immediately takes them to show off his new dresser and Mommy has received LOTS of compliments on it as well.

I hope that you’ll give this Race Car Bedroom Dresser a chance in your own own home. You can also do this on a toy box for the playroom as well! 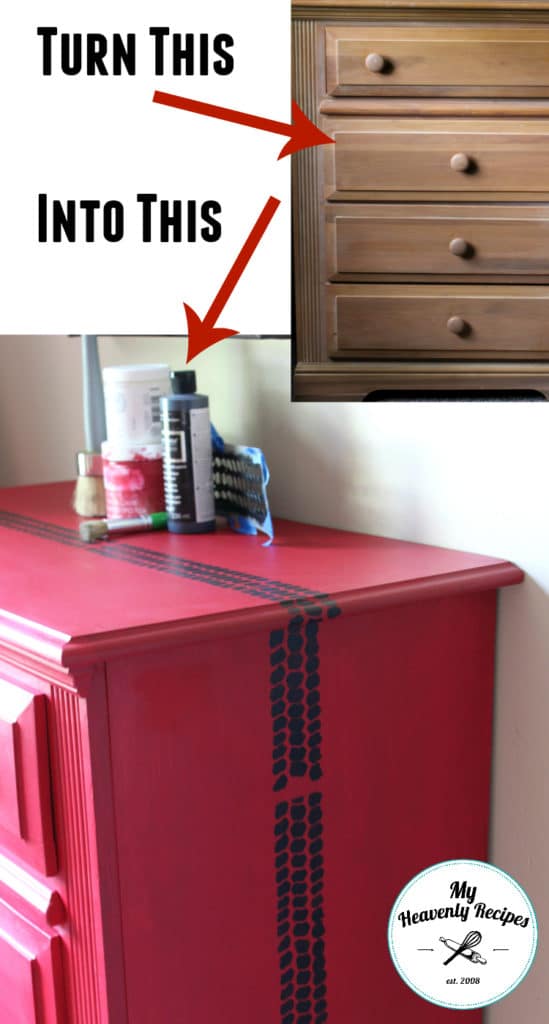