Grab this FREE ABC Song Printable, place in a 8×10 picture frame and display in the playroom! 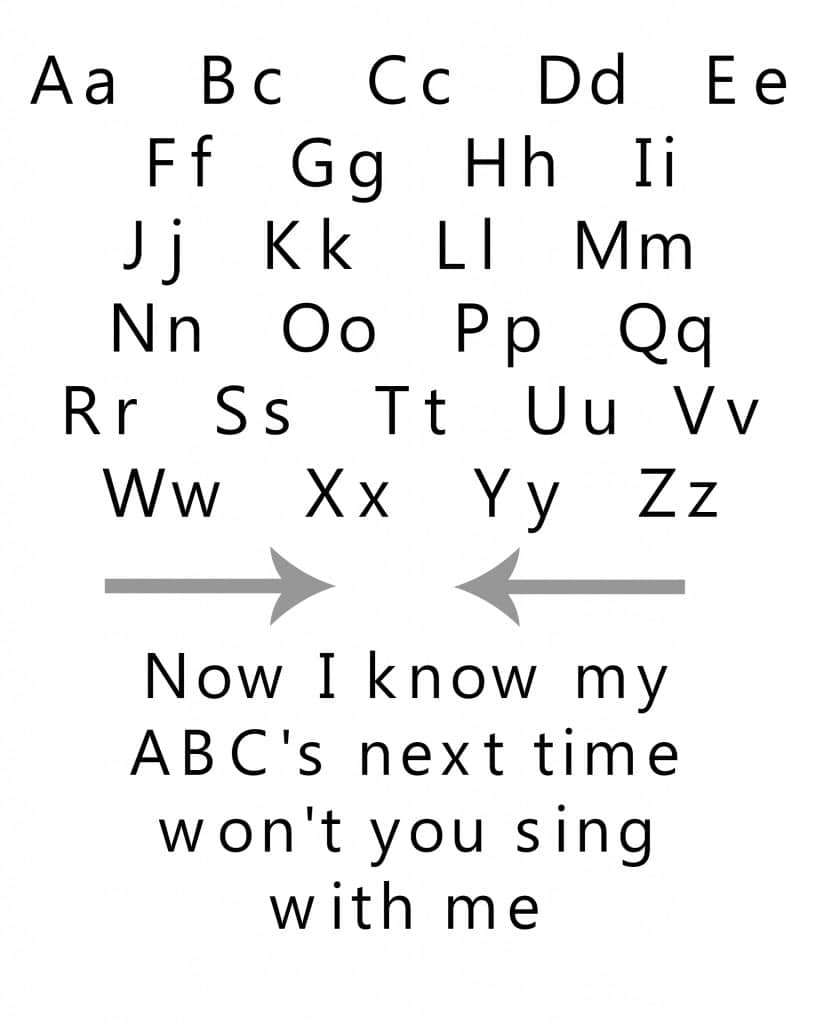 Ok so as some of you may know, I’ve been spending a good few months redoing our playroom. We moved in three years ago and I was super sick {and pregnant!}. I couldn’t do much, we had been living in a temporary condo since our home sold very unexpectedly and I was just ready to get out! When we decided to go ahead and purchase Jason’s family home there were quite a few things that needed to be addressed before we could move in.

At the time Jas wanted to put carpet in the playroom. Once I caught wind of this I veto’d that idea! I mean there’s spills, messes and just messes ALL.THE.TIME. in the playroom. This Momma finds it easier to just wipe up some spilled milk rather than get out the steam cleaner! I mean if you have the time to sit here and dab at a spill with a paper towel, followed up by some vinegar {natural odor eliminator ya’ll!} and then soak it up with some baking soda and THEN sweep it all up….be my guest!

In the meantime, I’ve got this super simple ABC Song Printable for ya’ll! All you gotta do is right click on the image above, select Save As…, and then print when you feel the need. You can also get this printed at a office supply store for just a few cents. That’s what I typically do with all the Printables that are around our home!

Now, I hope to have an update on our Playroom Makeover Progress next week, but, I wouldn’t hold your breathe! Keeping up with two websites is seemingly becoming a bit harder than I had originally expected. I’m honestly thinking of combining the two sites back into one again….decisions, decisions!