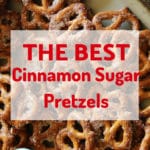 Cinnamon Sugar Pretzels are a quick and easy snack recipe. Mouthwatering, crunchy cinnamon pretzels are ready in no time at all. They’re the perfect game day appetizers and a great DIY food gift that everyone will love! This post includes a step-by-step video. 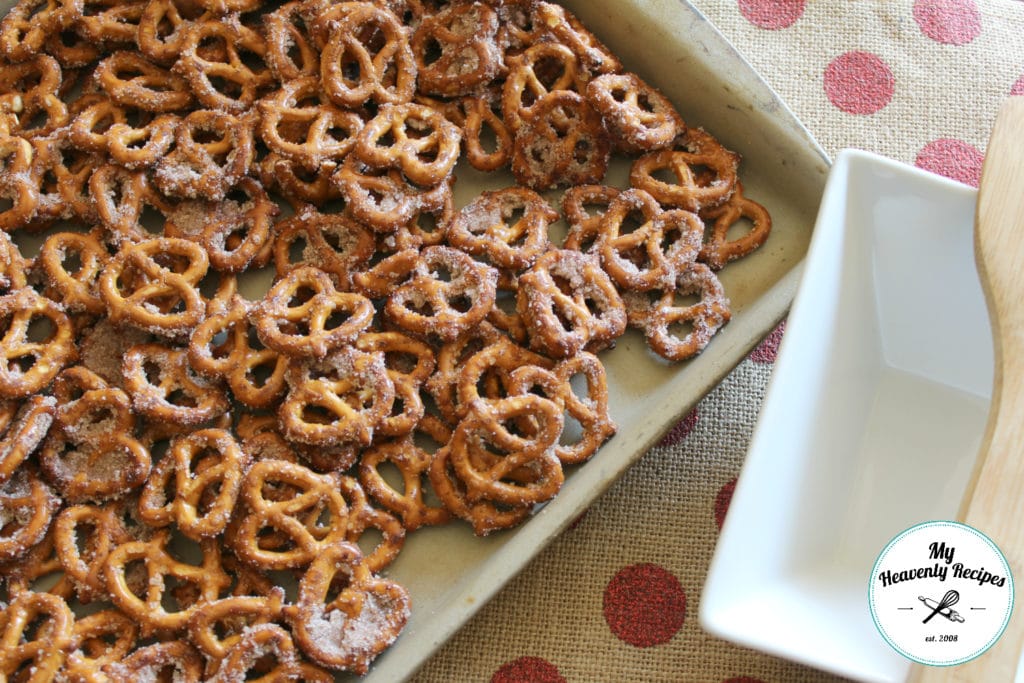 With the holidays I often find ways to not only make recipes healthier, but I also look for recipes that will feed a crowd on a VERY limited budget! Not too long ago I watched my friend Kelli of FreebieFindingMom.com make a cinnamon sugar pretzels recipe on Facebook Live and decided to give it a little spin.

Of course, I had to make my own version of it. I just can’t help myself — I love experimenting in the kitchen! I subbed coconut oil for vegetable oil and I must say this cinnamon pretzels recipe is ADDICTING! The coconut oil adds an amazing sweetness to these pretzels, making the flavor even better. Seasoned pretzels are always a favorite of mine, but this recipe is definitely a new one I will be making regularly.

How to Make Cinnamon Sugar Pretzels Step by Step

Instead of just telling you how to make these cinnamon sugar pretzels, I’ll also SHOW you! Scroll down to see my how-to video (that has been viewed by millions of people so far… these babies are pretty popular 😉 ).

How to Serve Cinnamon Pretzels

After you’re done making cinnamon sugar pretzels… get a printable gift tag for them!

Sometimes being visual and sharing these recipes with you will help to inspire you and get you back into the kitchen. It’s a special time for my family and I during the day. When we are in the kitchen we are spending quality time together and creating those memories for the kiddos. Not to mention, I’m able to teach them life skills that will take them from their childhood to their children’s childhood! It’s the memories of the holidays and baking that I have the fondest memories of and I want to be able to pass that onto my children. 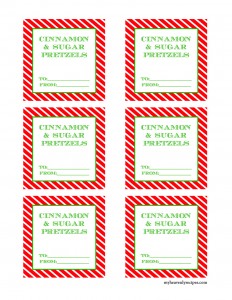 Watch me make them live…

A Few More Holiday Recipes You May Enjoy… 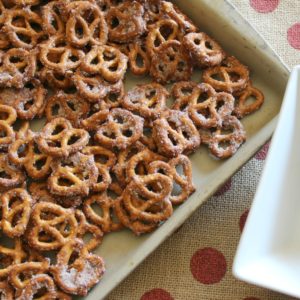 Weight Watchers FreeStyle Plan:  The entire batch is 84 points when you include the full amount of oil and sugar.