Making Rainbow Rice Krispies Treats will help you be the hero at the next school function, family gathering or snack time. Everyone loves these colorful, no-bake snacks! 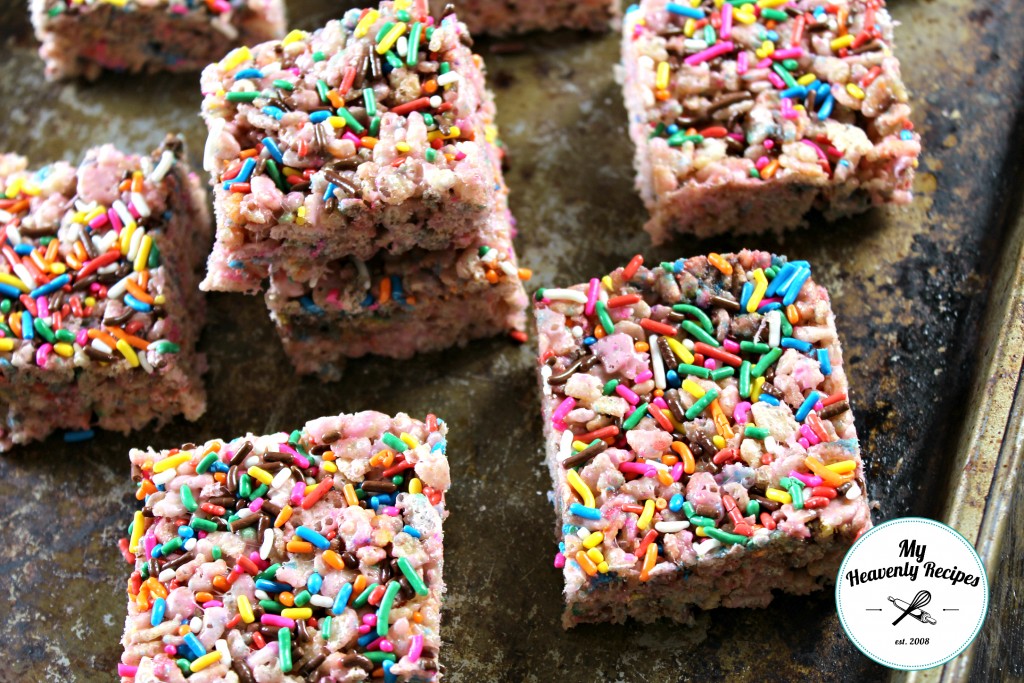 The other day, my niece and brother came over for a little play date. My brother was injured while training and preparing to go over to Afghanistan. Turns out, he tore his back up pretty good. He’s had two surgeries to fix it, relieving some of his pain. Now he has two vertebrae fused together and is pretty miserable. We have been getting together a lot lately as we are both recovering and need a break by letting the kids wear themselves out! 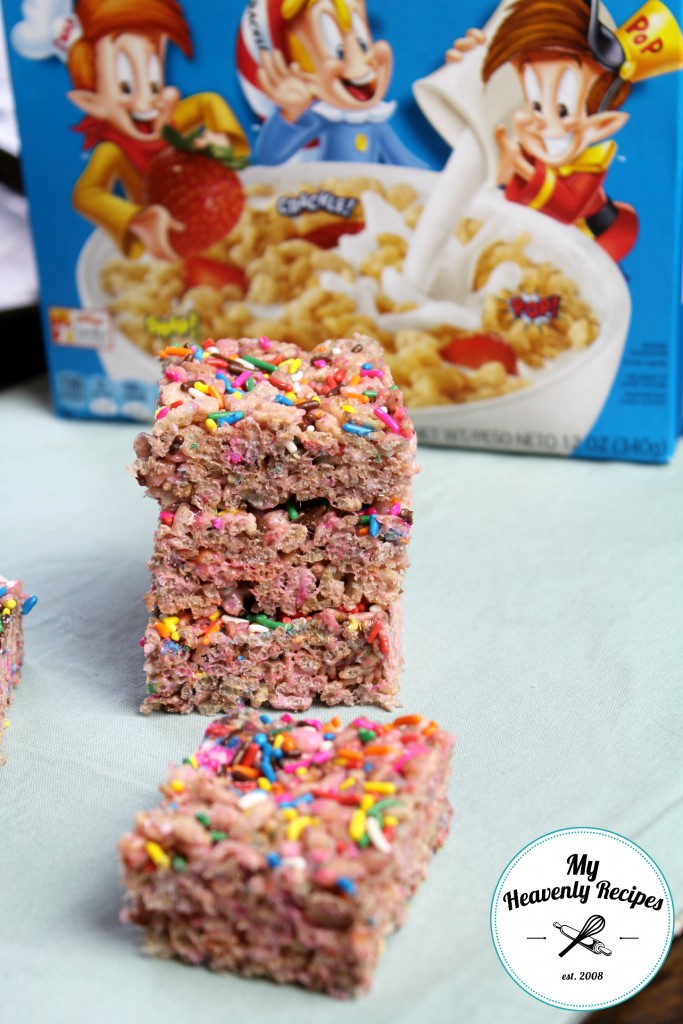 My kids have been great about this entire foot injury/surgery. It’s on me mentally that I haven’t been able to go to the park, take them on a hike, do much playing on the ground, etc. so I try and do what I can to show them that Mommy is still cool!

I’ve got to keep my mind busy and now adding in the starting to learn to walk all over again, my day is pretty much packed from the time I wake up until the time I can’t hold my eyes open any longer. 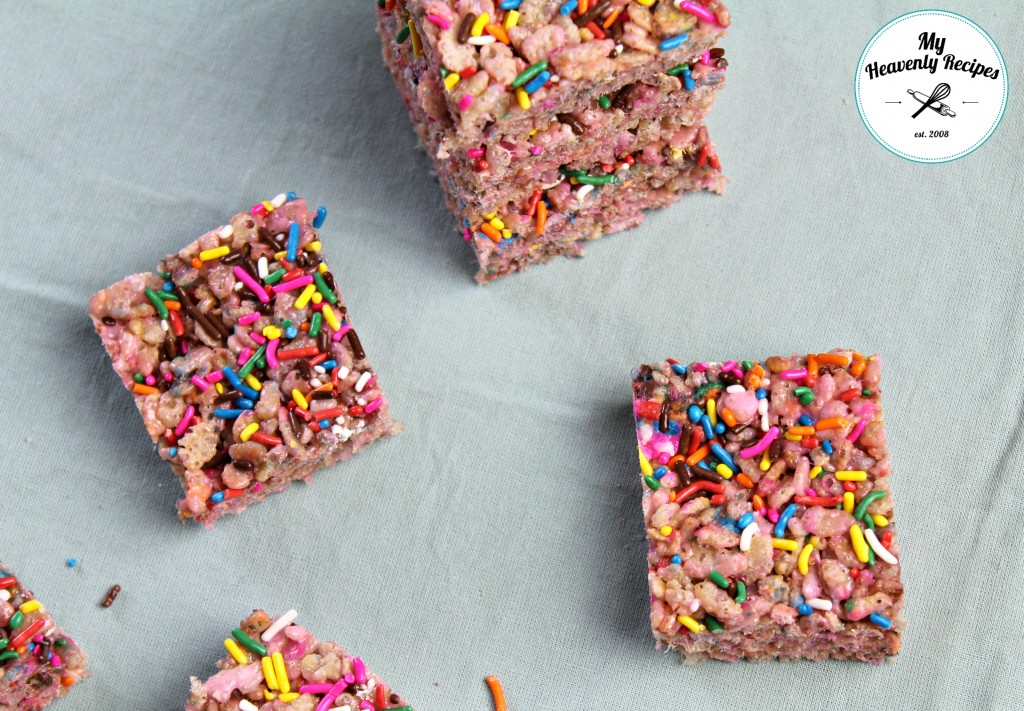 So on a day that my niece came over, I wanted to surprise the littles with a treat. Since I was making it after lunch, it needed to be quick and easy. The kids don’t get Rice Krispies Treats often, but the recipe was quick and easy and I had all of the ingredients on hand. To make it extra special, I made the Rice Krispies Treats purple. When I was in the baking cabinet, I found a new tub of Rainbow Sprinkles. Adding them in for extra playfulness for the kiddos was a no-brainer!

Needless to say, they LOVE them! TT was so excited that they were her favorite color and continued to jump up and down with Bubby and her little cousin! 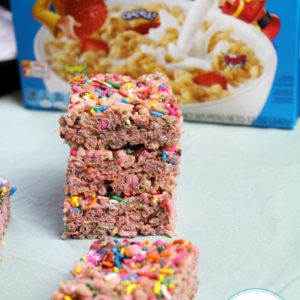