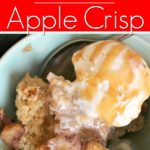 The Best Apple Crisp Recipe comes out great each and every time, and it’s the perfect dessert to feed a crowd. It’s easy to make, and baking it in a skillet means fewer dishes to wash! 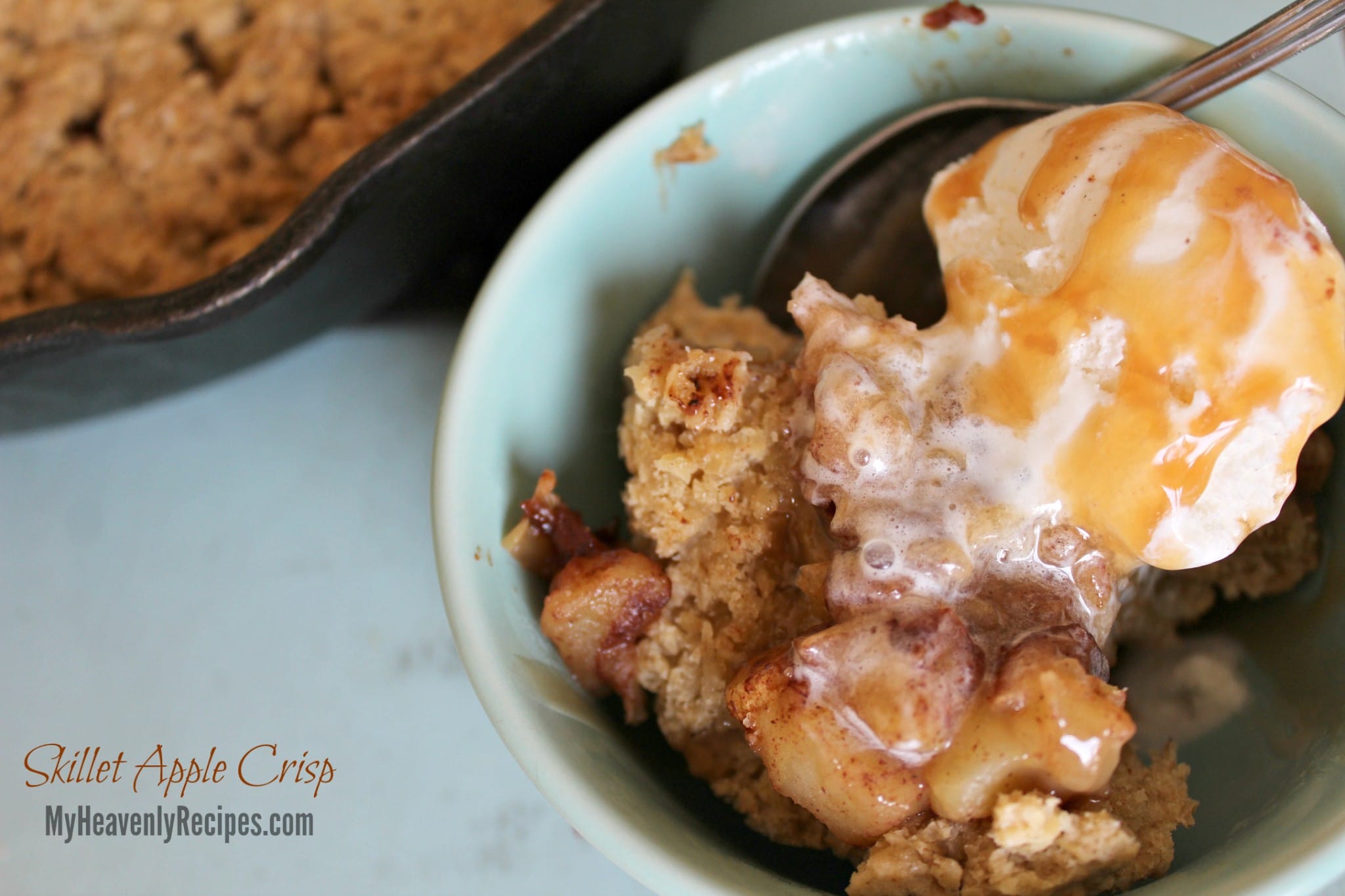 I’m pretty sure that if I purchased a Lodge Cast Iron Skillet in different sizes it would be game over. I’d have more food that our family could eat and more than likely have more calories from Heavenly Desserts like this one. It really IS the best apple crisp recipe I have ever made!

Now I can’t take the credit for this Skillet Apple Crisp Recipe. It comes from a friend of mine, Lindsey {Hi Linds!}. I honestly don’t remember how or why I acquired this recipe, but, I did!

I used to make homemade apple crisp with this recipe quite a bit. Apparently, in one of our two moves, I lost several of the recipes that I make all the time. So, I reached out to Linds to see if she still had access to the recipe. Sure enough, she sent it right over! 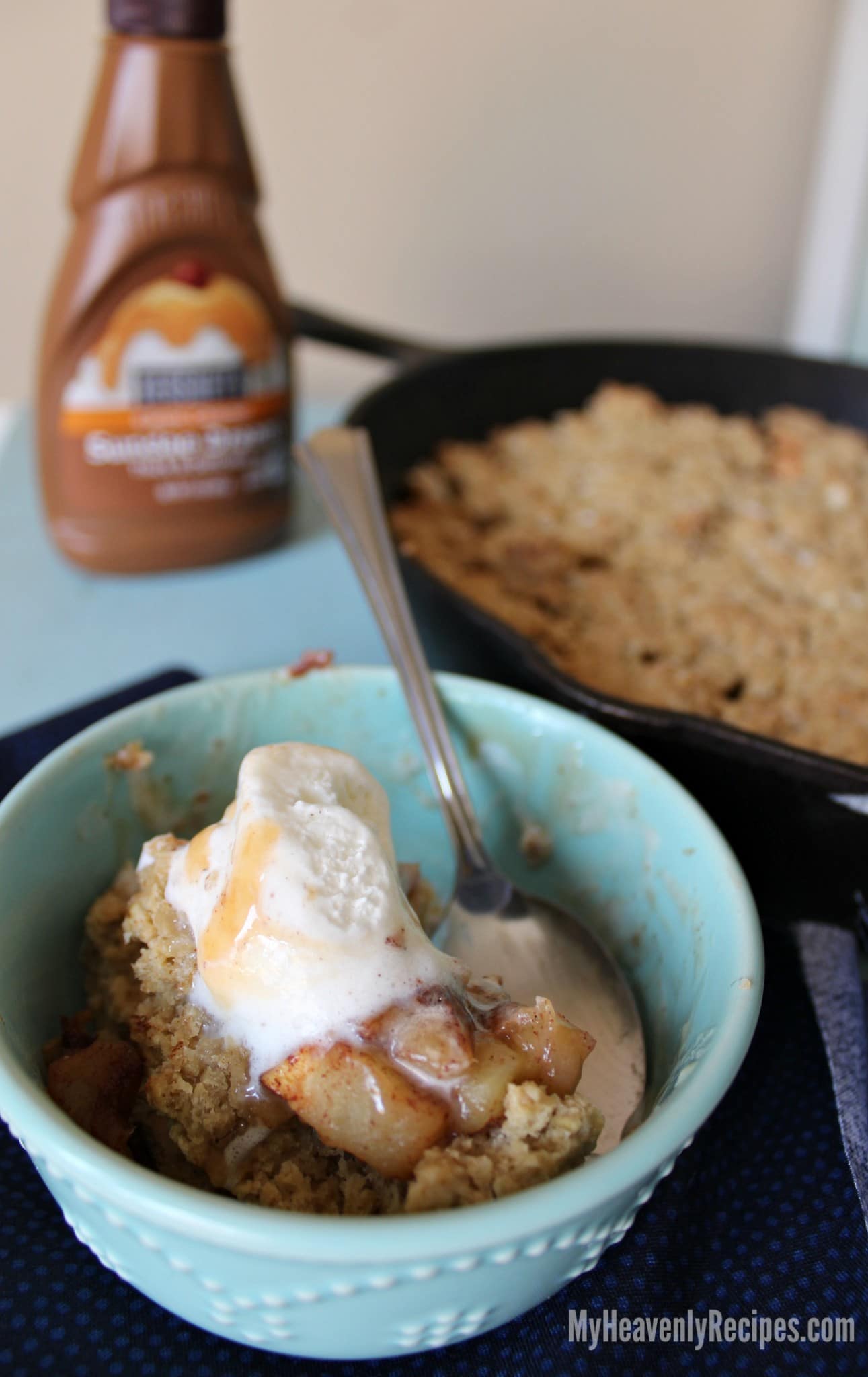 Apparently, Lindsey has a super cool neighbor, Suzy, who would bring over this warm-from-the-oven Apple Crisp straight to Linds and her family.

I made this video for ya’ll to see how easy homemade apple crisp is to make, but I had to use SEVERAL dishes.

What are the best apples for apple crisp?

When you make this Best Apple Crisp recipe, you can use whatever variety of apples you have on hand. I like to use firm apples, like Gala or Granny Smith.

How do you make the topping for apple crisp?

You can mix the topping in a large bowl and then sprinkle it over the top. Suzy or Lindsey, if you are reading this, I’ve changed the recipe just a bit…I hope you don’t mind!

When we are lucky enough to enjoy homemade apple crisp, I indulge a bit, serving it with Vanilla Bean Ice Cream and Hershey’s Caramel Sauce if I don’t have any homemade caramel on hand.

Now let’s get you what you came for….shall we?!?

This is, without a doubt, the BEST apple crisp recipe for a cast iron skillet that you’ll EVER find! 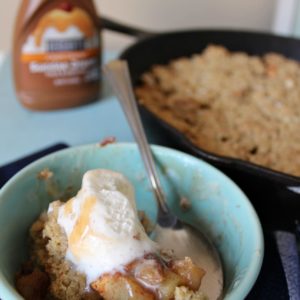