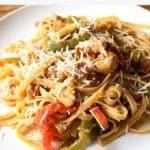 This Cajun Chicken Pasta recipe is a copycat of TGI Friday’s Cajun Shrimp and Chicken Pasta dish — hold the shrimp, double the chicken! 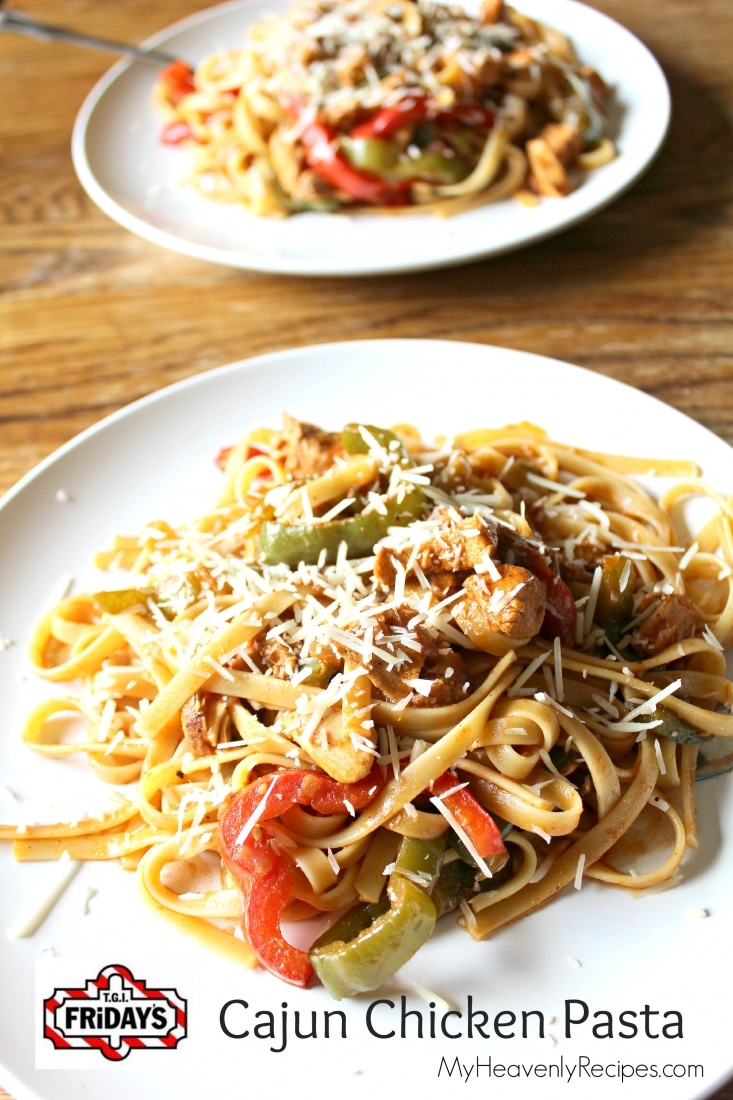 You might be thinking, “Marci, there isn’t a Cajun Chicken Pasta recipe at TGI Friday’s. What are you talking about?!”

You’re right. There isn’t one on the menu… but I made one. 😉 The TGI Friday’s Cajun Shrimp & Chicken Pasta is AWESOME, but I’m not too wild about their shrimp, so I often double up on the chicken. Voila! Cajun Chicken Pasta is born. 😉

With my whole “eating fresh” thing I have been spending a bit more on our grocery budget and have only been allowing our family to eat out once a week. I feel SO much better and didn’t want to get that nasty bloated and tired feeling I get when I eat out. So I decided to attempt this Cajun Chicken Pasta at home and it turned out pretty damn close to the real deal.

Best of all, it’s SO much cheaper to recreate the dish at home than to eat out. A single plate of Cajun Chicken Pasta costs $14 at TGI Friday’s!

Watch me make it live…

How to Make Cajun Chicken Pasta in 5 Easy Steps

Step #2: Once the veggies have softened, add in water and tomato sauce.

Step #3: Stir to combine. Let the sauce bubble to thicken.

Tip: The longer you leave the skillet on the heat, the thicker the sauce will get. If you want a runnier sauce, add a bit more water and don’t let it sit on on the heat for too long.

Step #4: Add the cooked fettuccine noodles to your skillet, tossing together with a pair of tongs. 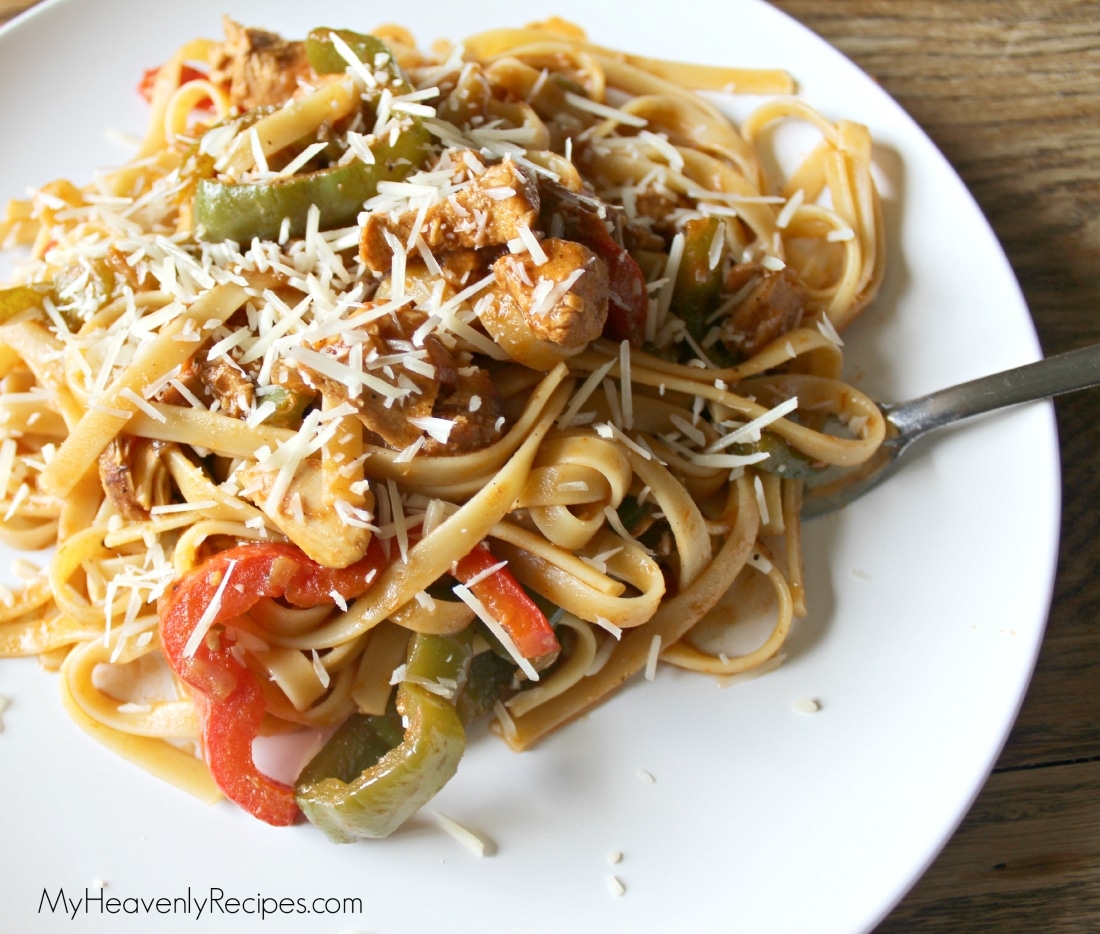 If you like Cajun Chicken Pasta, try these recipes: 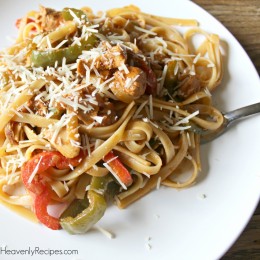