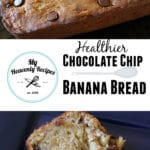 A Healthier Recipe for Banana Bread recipe. This Banana Bread with Chocolate Chips recipe was devoured by my entire family in nearly a day…seriously ya’ll it’s that good! 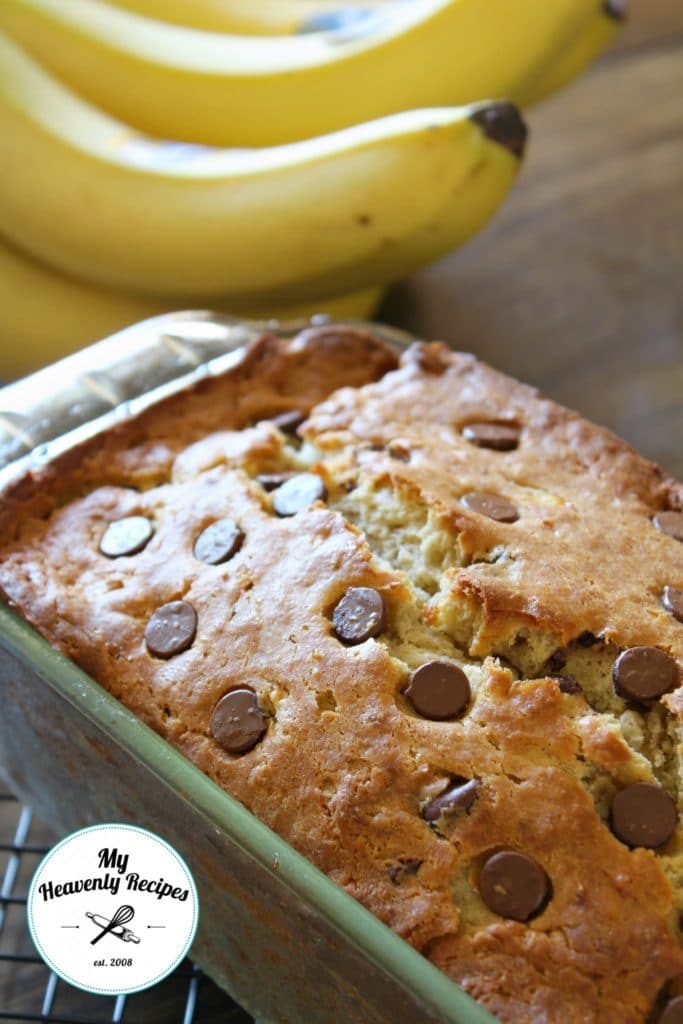 One of my all time favorite things to do is just create recipes from scratch. I hardly ever follow a recipe and find myself standing in the kitchen wondering how to make something a tad bit more healthier. For my family changing diets slowly has become my thing. It seems like as I get onto the path of eating healthier and healthier the kids {and Jas} aren’t inclined to bitch as much.

When I first started this whole weight loss thing I went overboard WAY to quickly and that resulted in push backs from everybody. 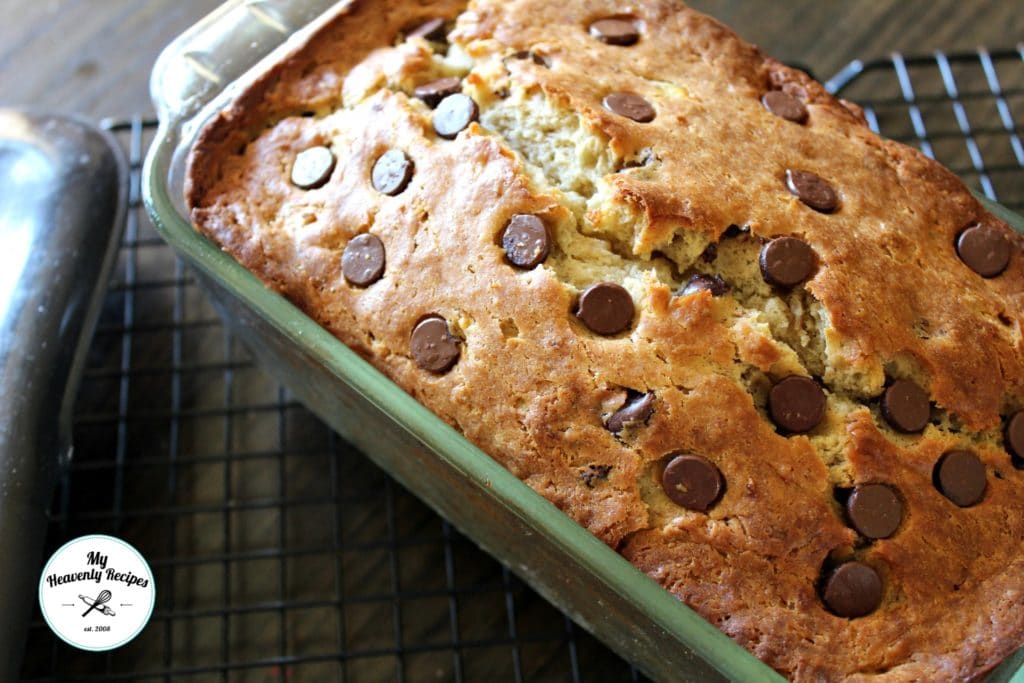 This Recipe for Banana Bread was developed out of curiosity. Curiosity to remove all that butter from my original recipe and get rid of the sour cream or cream cheese that we often add into banana bread for something healthier.

The healthier options I had on hand was greek yogurt and whole wheat flour. So I combined the two for this recipe for banana bread and kept on going to see what the results would yield.

The results of this healthier banana bread recipe was incredible. So much in fact, the kids devoured this recipe in literally minutes. The bread was still warm after I happened to do this photo shoot. I turned around to grab a piece and there was literally a slice left! 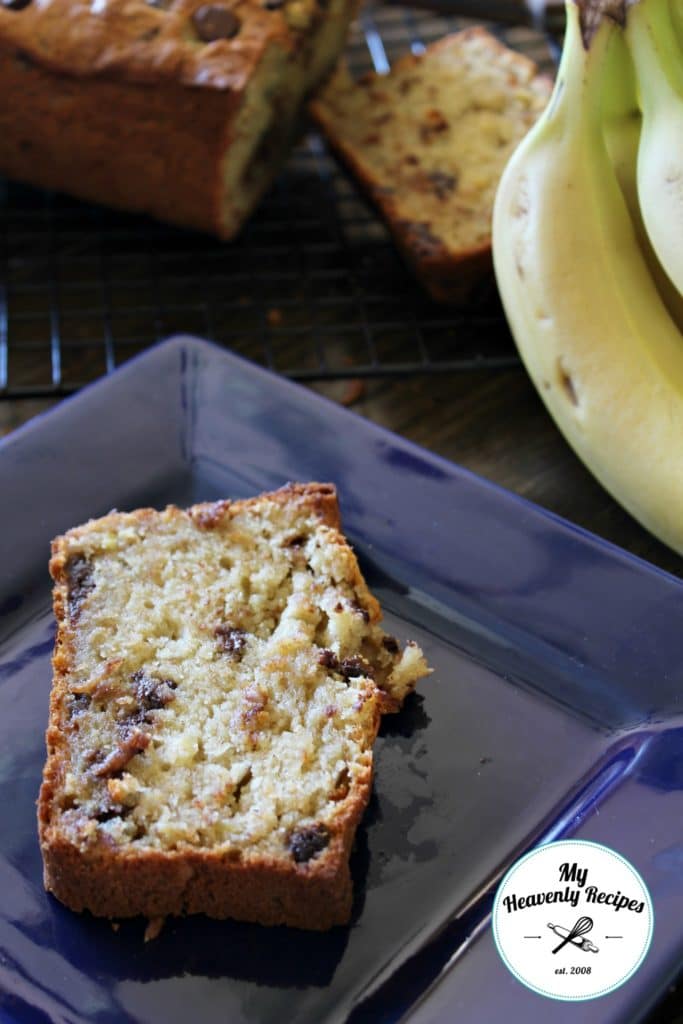 How To Make A Healthier Recipe for Banana Bread

First, make sure that the bananas that you are using are ripe and soft. This will allow mashing the bananas much easier and won’t leave the dough so clumpy.

Next add in salt, nutmeg, cinnamon and flour, stir with a whisk until combined folding in morsels.
In a greased bread dish pour mixture evenly.
Bake for 30-40 minutes until golden brown and toothpick comes out clean.

Tip: by adding chocolate chips to ANYTHING your kids will try it!

I will say this is the most decadent Banana Bread that I’ve ever made. The entire family cooking stop eating it, my Husband included. This recipe would also make a great gift for a new neighbor, to cheer someone up or just because! 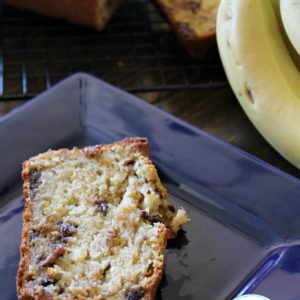