These Cinnamon Roll Pancakes are a perfect breakfast for camp! 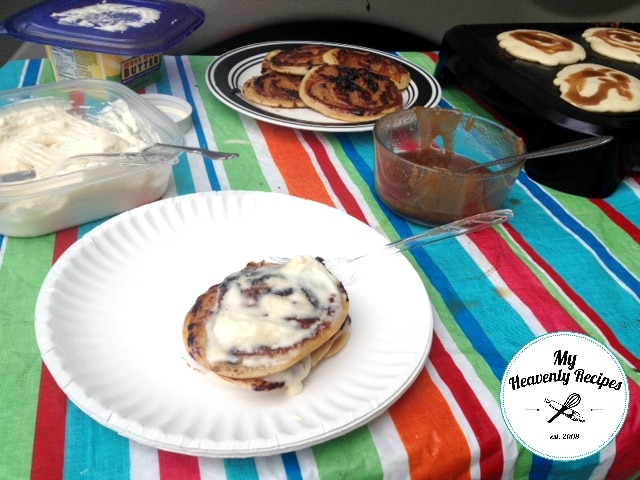 My friends keep posting these cinnamon roll pancakes and as a foodie I can NOT NOT make them. It’s sorta like they are posting things in hopes that I will make them at camp…well, they are getting what they aren’t asking for 😉

So over the past few months I’ve tried a variety of these “Cinnamon Roll Pancakes”. It seems that they are NOTHING like the pictures they are posting, but, they are making the image pretty in hopes that you are a sucker {much like myself} and will make them. The first time they were just a complete flop. The pancake batter was super runny and wouldn’t cook up like a pancake despite my best efforts to save it.

The second attempt resulted in some burnt ass cinnamon mixture to my skillet that ended up hardening and that I had to stand over my camper sink for 15 minutes to get clean. The third time was a charm because I got these results and they were pretty damn good too. 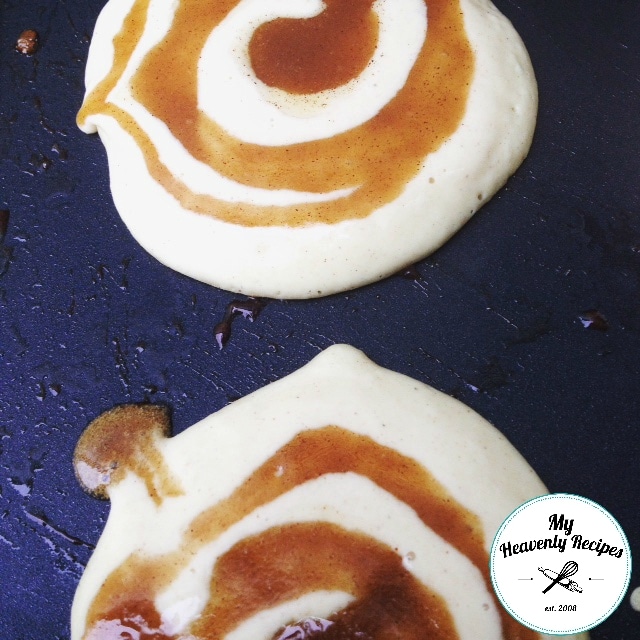 I will say that my Homemade Pancake Recipe is what I think {I may be biased} helped this recipe out. Because of the thicker batter it held the cinnamon mixture into the pancake and didn’t overflow it onto the pan. With the other recipes that I had tried the pancake was just so runny it was ridiculous.

Check out my other recipes for pancakes: 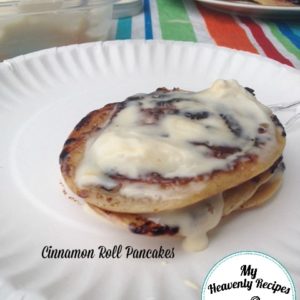